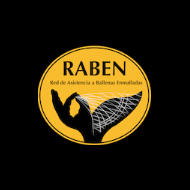 RABEN history starts in 2004 with the first successful team disentaglement that took place in Banderas Bay (Puerto Vallarta) and in 2006 David Mattila (NOAA) gave the first big whale disentanglement training workshop, and the first RABEN team in Mexico got established. RABEN Bahía de Banderas team has memebers from the 8ª. Zona Naval (Navy), Harbor Master, Port Administration (API), Instituto Tecnológico de Bahía de Banderas, Ecotours de México, Explora Vallarta, Vallarta Adventures, Wildlife Connection and ECOBAC. This team is the first one with appropiate disentanglement training in the country and one of the first ones in the North Pacific. From 2006 onward this team continued with self training workshops and building their own tolos

Since 2012 we started building a Network of teams thanks to the support of the Mexico´s Park System (CONANP) who sponsored the training of 15 teams, as well as their respective gear, through PROCEER funds and ECOBAC coordinates the National Network.
To strengthen RABEN, various training workshops have been held: In 2012 workshops were held in collaboration with different international institutions: International Whaling Commission (David Mattila), Center for Coastal Studies (Scott Landry), Woodshole Oceanographic Institute (Michael Moore) and Marine Mammal Center (Frances Guland). In 2013, with the aim of reinforcing training, 5 workshops were given by ECOBAC and RABEN Bahía de Banderas staff. In 2014, the CBI collaborated again and 3 more workshops were given, which were given by instructors David Mattila (CBI), Scott Landry (CCS) and Ed Lyman (NOAA). In 2015, through the support of CONANP, new tools were delivered, training was updated, and 3 prevention workshops were held for fishermen in Puerto Angel, Oax., Guerrero Negro, B.C.S. and San Blas, Nay. The fishermen were very receptive and interested in the subject and supported us with suggestions to prevent entanglement of large whales.
With the suggestions of the 3 workshops, a brochure with suggestions to prevent entanglement was produced, which was printed and distributed among fishermen on the Mexican Pacific Coast and the Baja California Peninsula.
So far RABEN has attended 148 reports nationwide and successfully released 57 whales of different species, mainly humpbacks whales & also gray whales, fin and Bryde’s.

We are currently working on improving documentation and communication in order to work more efficiently towards prevention.
The interaction between fishing gear and whales represent a serious problem for fishermen and for marine species. Rescue of netted whales is not the solution to the problem, it is only a small help for the whales. The ideal is to find a way that fishing gear is not a problem for whales, turtles, dolphins, and other marine organisms. But it is also important that fishermen do not lose their nets due to these accidents, since for a fisherman who loses his net, apart from being a strong economic loss, it may represent the loss of his fishing season. For now, we are focusing our efforts on preventing this problem, but in the meantime we can be proud that in Mexico there is a well-trained and organized network of people to deal with these incidents. 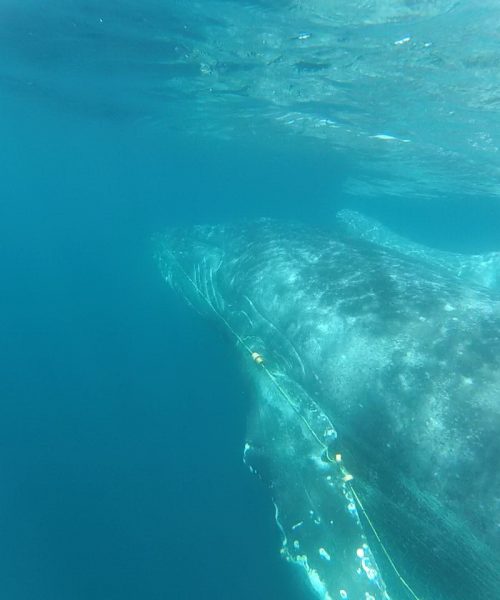 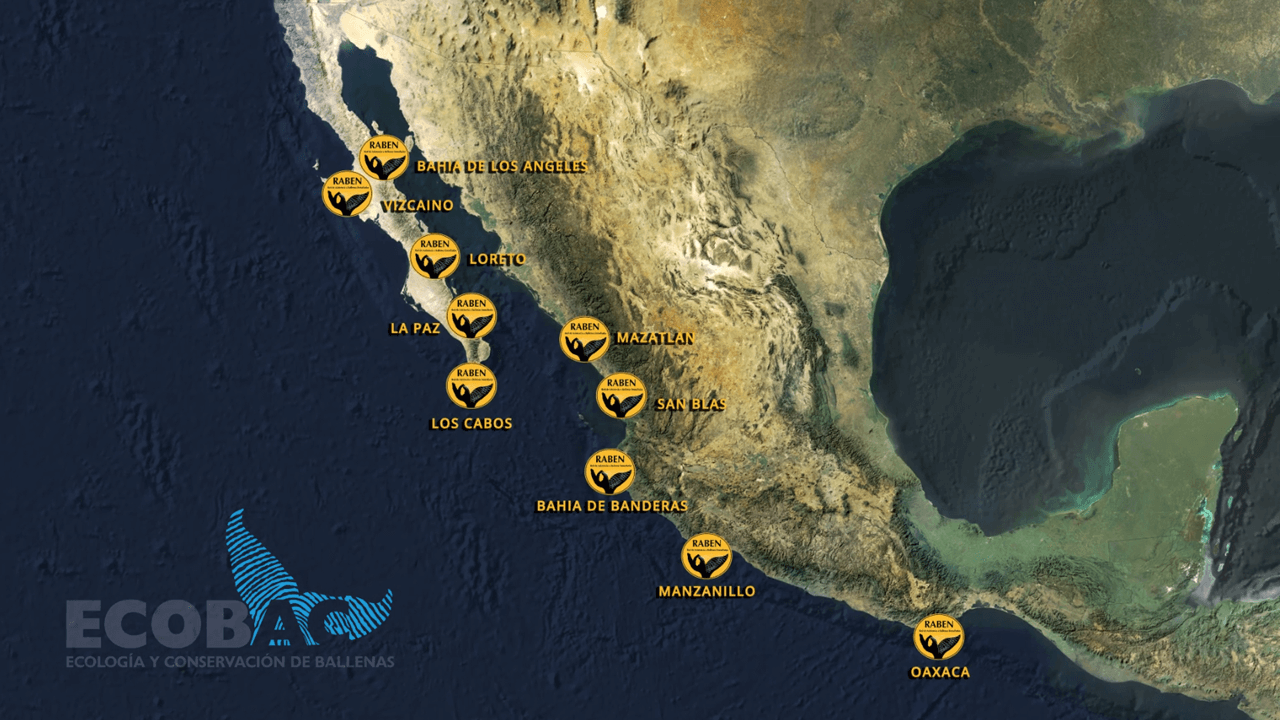